Understanding the “lulismo” is crucial for understanding the transformation of Brazil in the 21st century. This is part 2 of a post about the future of the lulismo – the great project for growth and distribution initiated by former president Lula. 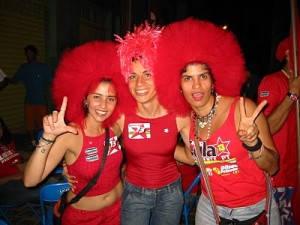 In part 1 of this post, I explored the three most important chagnes in Brazil in the 21st century, economic growth, poverty reduction and reduced deforestation. I argued that Brazil would not be even close to the progress it witnesses today, was it not for the Lula and PT victory in 2002.

The topic for this part is sustainability. For how long can the lulismo be sustained? I would like to explore three aspects of sustainability: political, economic and ecologic.

As professor André Singer explained at the seminar in Oslo, the lulismo caused a fundamental change in voting by the poorest, the subproletariat. They have traditionally voted for conservative candidates, but from 2006 and on, their votes go to the left and the PT. At the same time, and this is very much the explanation for the new voting habits, these groups, the majority of the voters, have experienced a steady improvement of material conditions.

The middle class and upper class are also benefitting from the lulismo. Everybody’s happy! That´s why vote intentions today show more than 50% support to Dilma in all income groups.

Some question whether the lulismo can survive without Lula. I agree with professor Singer that the election of Dilma Rouseff in 2010 was a clear sign that the lulismo lives on. She had no election experience, was completely unknown to the broader population until 18 months before the elections. But being presented as Lula´s candidate, the lulismo´s candidate, she won easily.

Today, even the opposition are supporters of social programs as the Bolsa Familia. In the 2010 presidential elections, Dilma´s opponent José Serra (PSDB) said he would double the Bolsa Familia program. He actually promised much more than PT and Dilma herself. That shows us that the agenda for distribution of wealth in Brazil is becoming close to a consensus. The macroeconomic policies of the lulismo were inherited from the Cardosos government and the PSDB. So both elements of lulismo will continue in the case of a new, right wing government. The main difference will be the scale and scope of the social policies. 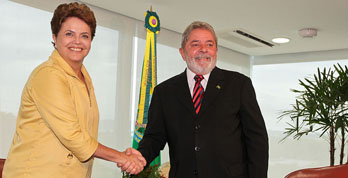 Economic sustainability: yes and no.

The lulismo requires economic growth. The growth in the Brazilian economy is mainly based on two factors: Commodity exports and a growing internal market. Another contribution, very crucial for Norway, is the expanding petroleum sector.

1)   Commodities. Due to the rising demand from China, buying Brazilian minerals, soy and crude oil, commodity exports give high revenues. Despite the international financial crisis, these imports will continue, although not giving the same high levels of profit as in the 2003-2008 period.

2)   Internal market. The growing internal market is mainly created by distribution policies. It helped Brazil through the worst crisis in 2008. But is it a bubble? Critics say it´s too dependent on government transactions to the poorest, and new credit schemes to the not so poor. The questions remains: Has Brazil created sufficient structural changes in the society and the economy, through education and new, local businesses? Or will the whole thing fall apart if growth continues as slow as today? The answers in Brazil depend very much on political preferences. My guess is that the growth based on transactions is meeting its limits, and that Brazil needs to find new ways to growth in the future.

3)   Petroleum. Investments in the petroleum sector have exploded. The pré-sal findings from 2006/2007 might be bigger than all Norwegian reserves together. Today, the pré-sal process has slowed down, due to a number of factors. This year, the Government has announced two auctions, in May and November. In my opinion, this is a test for the future. If the government can carry out these auctions with no further delays, it´s a positive sign for petroleum sector and the whole economy. If not, Brazil risks seeing the window of opportunities closing, due to massive shale gas findings in the US. The pré-sal oil will simply become too expensive, less interesting on the world market, and Brazil´s future incomes might fall.

The growth in Brazil has resulted in a massive increase in consumption of material goods. People buy more cell phones, furniture, microwaves, refrigerators, and cars. Transport needs and energy consumption explodes. The number of cars in São Paulo is doubled in the last decade! This causes increasing pollution and waste problems, and increasing emissions of greenhouse gases. The decrease in emissions from deforestation is more than levelled out by increase in emission from other sources. Since 2010, Brazils emissions are rising again.

Climate changes will disturb rain patterns in South America. Knowing that Brazilian production and exports of soy and other agricultural goods depend on the rain coming from the Amazon, Brazil is a country that faces devastating impacts if the most likely climate change scenarios materialize in a not so distant future.

The Governments response to the financial crisis was even more infrastructure and energy projects, the majority of the biggest situated in the Amazon. One example is the huge Belo Monte project, damming the Xingu River at enormous social and environmental costs.

The current development is not ecologically sustainable. Another set of policies, not so blind for other development paths than ever increasing material consumption, is required.

My personal hope is that the candidacy of Marina Silva in the 2014 presidential elections will result in what not happened in 2010, namely a lasting positive impact on the new government´s development and environmental policies.

More in English: Brazil´s 2010 presidential elections and the environment.

One Response to The future of «lulismo» – part 2